French veteran Matthieu Delpierre is set to retire as soon as Melbourne Victory’s season ends this season in a decision that he coined ‘hard to make’. 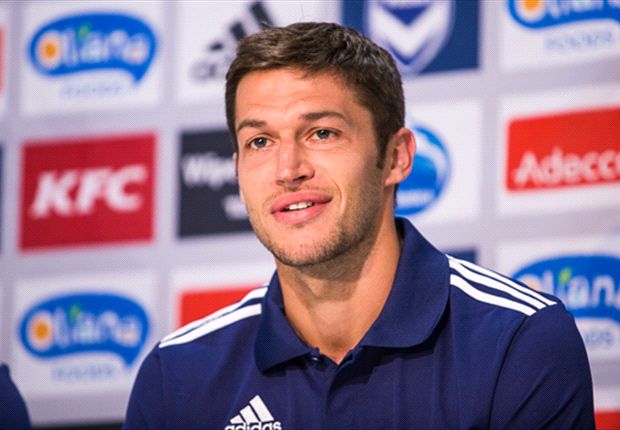 Delpierre is not the only player leaving the shores of Melbourne this summer though with Kosta Barbarouses and Gui Finkler departing for new ventures at Wellington Phoenix. This means Melbourne Victory will have at least a number of three foreign player spots to fill the squad with this summer – an opportunity for commuting players to make an impact like many others who are now attracted to the growing A-League.

Matthieu will see the rest of the season out with Melbourne however there isn’t much left to play for at this stage. He may feature in their last Asian Champions League group game against Japanese bottom of the table Gamba Osaka where a win would most likely see them through to the round of 16 stage of the competition where they will face the winner of group E – a game which Delpierre could also feature.

Delpierre has had a decorated career in terms of playing experience featuring in a wealth of countries. Delpierre started his career at Lille in France before moving to VfB Stuttgart in Germany where he won the Bundesliga – undoubtedly his most prestigious achievement. He then saw two short spells in 1899 Hoffenheim and at FC Utretch in Holland before making the move to Australia. To finish off his career he captured the A-League premiership and championship with Melbourne Victory last year in a historic season.

Matthieu Delpierre definitely wasn’t known as a keen goal scorer only managing to successfully get on the scoresheet 8 times in a total of 353 games however it’s not a bad tally considering he is a centre-back. Delpierre is known as one of the A-League’s greatest defenders and will certainly be remembered in history for a long time by Melbourne Victory fans for his contribution to their 2014-2015 successes – their first championship win in almost 6 years.