Not too long ago, the recently selected chief executive of Ac.Milan Marco Fassone compared the Italian club to a classic car as the businessman said that Ac.Milan for the past few years has been collecting dust in the garage of a house but with this summer transfer window, the car has slowly been receiving shiny new parts in the form of new arrivals. 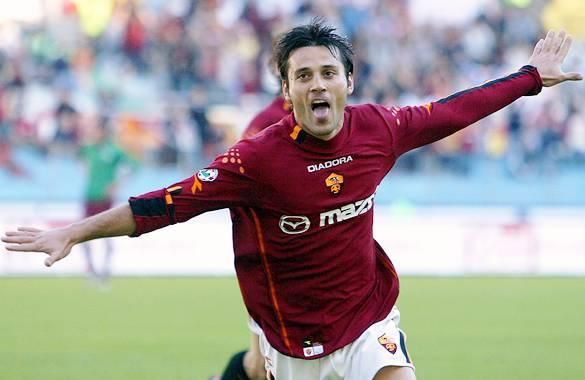 The amount of money that the head chiefs of Ac.Milan have spent in the 2017 edition of the summer transfer window has exceeded €140 million after having secured the services of: Leonardo Bonucci, Andre Silva, Andrea Conti, Hakan Calhanoglu, Mateo Musacchio, Ricardo Rodriguez, Franck Kessie and Lucas Biglia.

It´s also rumored that the spending is not over as the search continues for a No.9 and reports are claiming that Vincenzo Montella is setting his sights on: Chelsea´s Diego Costa or Pierre Aubameyang from Borussia Dortmund.

A few other offensive players have been splashed out such as: Zlatan Ibrahimovic, Alexandre Pato and Radamel Falco but the most realistic and the ones that are continuously being linked are Diego Costa and Aubameyang.

Whether or not Ac.Milan are able to sign any of those previously mentioned clubs is something that will be confirmed in the following few weeks as the summer transfer window is going to reach its end on September 1st.

Vincenzo Montella has plenty of time to finish upgrading his squad and the financial injection that he is receiving from the Chinese businessmen Li Yonghong who took majority share of the club for a fee of €830 million.

This injection of cash does not appear to be stopping as more reports continue emerging with possible players that could be signed and this is nothing but good news for Vincenzo Montella as he can build a team as he wants it.

“It’s been and still is a summer of dreams and the great thing is my dreams are not yet fulfilled. They’re not over yet.” Vincenzo Montella said as he considered this summer transfer window to be a dream for him.